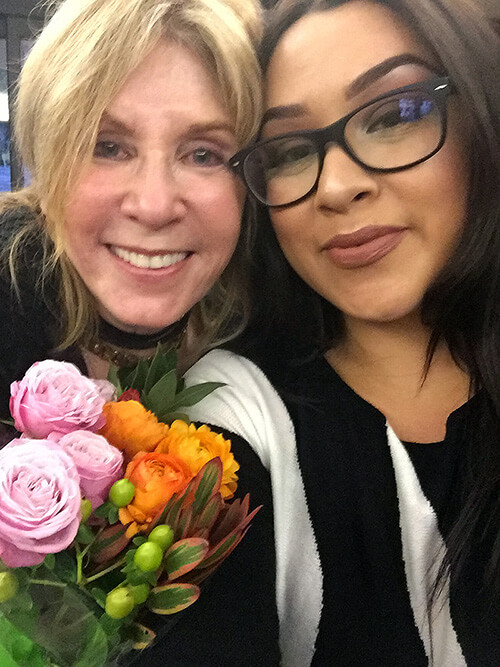 It is hard to imagine Marin County without the work of countless women shaping the life, culture, mores, and landscape of Marin. The founders were joined by other enthusiastic volunteers to develop the methodology to identify, recognize and record for posterity the substantial contributions of Marin women, a process that is still largely used today.

My Journey from Pain to Purpose

Growing up in the steel town of Pittsburgh, Pennsylvania, from a lower middle class family, Zara was born a twin. Her younger sister came along seven years later. At the age of two, Zara and her fraternal twin sister met their father for the first time. He had been “missing in action” in WW II when they were born, and it was another nine months until Zara’s mother learned he was a prisoner of war. From the beginning, Zara and her dad had a special bond, but the war had taken its toll. He could never be the loving, supportive father Zara wanted and needed and he spent his life with many addictions trying to numb the horrors of war.

In high school, she was an honor student and Senior Class President. She tried out for majorette, and much to her surprise, she made the team! Whatever Zara chose to do she gave 200%, but there was never either a mom or dad to cheer her on, or be there to celebrate her success. Zara’s achievements covered up the anxiety, depression and the deep sadness she felt inside.

Although a nursing career was her first interest, she was encouraged by her high school art teacher to become a teacher. This support led her to study art education at the University of Indiana in Pennsylvania which she did for two years before leaving to elope and marry her high school sweetheart. She had her first and only child, a son, one year later. Zara, like so many other young people with her family history, wanted more than anything to create a healthy family of her own. Only nineteen when her son was born, Zara did not have the skills to create the life she wanted for herself and her son. It would take years of therapy and a fierce commitment to do whatever it would take to create a healthy future and a life of meaning for her to come into her own. After seven years, she and her husband divorced, opening up a new chapter in her life. She went back to get her BA degree in Education and Psychology at the University of Pittsburgh graduating Summa Cum Laude. An exciting new life with many opportunities to learn and grow were ahead.

In 1972, after student teaching in the suburbs and in all black city schools, Zara realized, that for her, teaching in a classroom was too confining. She began exploring new territory and became the first woman ever hired as a sales representative for Brach Candy Company. Terrifying and exciting, this sales position helped Zara emerge from her shell and gain confidence in her voice and ability as a listener.

Growing up, Zara was interested all things beautiful; especially how people dressed, and what that said about them. Her Russian grandmother, a seamstress, made all the clothes for “the girls”, as the twins were called, so they could be dressed alike in spite of their different personalities and sizes. Zara was creative and curious with the spirit of an artist. She was unconventional and nontraditional in how she viewed life. With a unique talent for combining design, color and fabric with a person’s personality, lifestyle and budget, she soon became a buyer for specialty retail stores in Pittsburgh.

From 1974 to 1976, Zara had the amazing opportunity to live in Iran with her second husband who worked for Westinghouse. The Shah of Iran recruited Westinghouse to help industrialize his country. Living in the desert city of Shiraz, 500 miles from the nearest somewhat cosmopolitan city of Teheran, was life changing. Everything Zara knew; language, food and customs were vastly different. She was now in a place where women, especially Western women, were not valued or respected. She witnessed how despised the United States and the Shah were by his people for industrializing the country against their wishes. Living in Iran with this constant tension was stressful. She returned to the United States a changed woman with the deeper understanding about why so many countries of the world disapproved of and resented the United States support of the Shah, and with the gained confidence, courage and strength that she could live anywhere.

Zara left her second husband and moved to California in 1977, a place where she knew no one, and had never been. With a new sense of self and adventure, she became a buyer for women’s accessories for Weinstock’s before she eventually left to have foot surgery. This surgery gave her a chance to personally connect with doctors who inspired her and were making a difference. Zara remembered a time when she was young and knew she wanted to help people, but the only professions open for women were teaching, secretarial work or nursing. Now she realized she could actually envision herself in the medical field as a doctor. To prepare for this change, Zara volunteered in a hospital and spent two years in pre-med at the University of Pacific in Stockton, California.

One day while she was pursuing her pre-med studies, she received an article about wardrobe consulting from her younger sister saying, “Sissy you should do this”. Zara realized her sister’s suggestion was a unique way she could help people by combining her artistic skills and psychology, although she had no experience starting a business. Leaving pre-med, Zara surprised herself by founding First Impressions, a lifestyle coaching business that attracted notable clients including the Young Presidents’ Organization, Macy’s San Francisco, U.C. San Francisco and Western Athletic Club. She became a charter member of the Association of Image Consultants and worked one on one with individuals and businesses throughout the Bay Area for seven years.

Approaching age forty, her life’s most pivotal moment came the day she received a call from her younger sister’s employer saying her sister had been rushed to the hospital with a grand mal seizure. Within a month, Zara’s sister, age thirty-two, a Mom with two children ages ten and twelve and no husband in the picture, had brain surgery. Left without the capacity to talk, walk or manage her life, Zara was the only family around to help. Living two hours from her sister’s home, although Zara had her life and business, First Impressions, to manage, she became her sister’s conservator.

For six weeks, Zara travelled to visit her sister in intensive care and spend time with her niece and nephew. When her sister was moved to Valley Medical Center Head Injury Unit in San Jose to be evaluated by doctors, therapists and other professionals, Zara was brought in. She was told nothing could be done for her sister and no therapies were recommended. Shocked and devastated, Zara would not accept this diagnosis. She fought for her sister’s recovery, and overtime, her sister was back living the life she was meant to live.

Although Zara was raised in what today is called a “dysfunctional family”, unwittingly, her early family life was actually preparing her for her life calling – to help young people, without family support or resources to not feel alone, to know that someone believes in them and is proud of them. Because of, or in spite of, growing up in a family of abuse and neglect, Zara knew from a young age, she wanted to help people.

Without realizing it at the time, seeing her sister written off by the professionals when she could not advocate for herself following her brain surgery, the seeds of Ambassadors of Hope and Opportunity (AHO) were planted. Zara knew that she did not want any other person to be alone without the support they needed because they had no family or advocate to fight for them. Realizing she would need to get her Master’s degree to have credibility in her new field of social service, she went back to school. In 1999, Zara received her MA at San Francisco State, Magna Cum Laude, and went on to complete a Specialized Credential in Community Collaboration/Integration.

Financially drained of her own resources through the years of helping her sister’s recovery, Zara ended up homeless in Marin for two years. At the time, it was

incomprehensible to her that this could be happening. She felt humiliated and ashamed to be in this situation. She knew she was intelligent, and had many talents – how could she end up like this? What Zara didn’t know at the time, was that there was a higher plan unfolding. She would need this real-life experience to ultimately prepare for the “calling of her heart” – the founding of Ambassadors of Hope and Opportunity (AHO) for homeless young adults, ages 18 to 25 to have the support they need to successfully navigate the critical juncture to adulthood.

Experiencing homelessness, Zara learned that the only true home anyone has is the “home within”. Today through AHO, Zara continues to inspire young people without family support or resources to know that there is ALWAYS a way through any challenge with which they are struggling; their attitudes create their lives; they must “never give up”.

She is most proud the over 1,500 homeless young people she has been privileged to assist in her labor of love. Over the past twelve years, AHO has successfully served these young adults, assisting them with needs such as housing, employment, scholarships for college, counseling, legal aid and dental work with the help of AHO’s 86-member Alliance for Youth network of professionals providing pro bono support.