“I’m going to keep moving forward, but I learned not to look back.”

“I completed more school courses, found my own apartment and bought my own car. I thank [the] Lord all the time because he kept his eyes on me. I’m proud of the way that things have turned out for me, but my journey is far from over.” 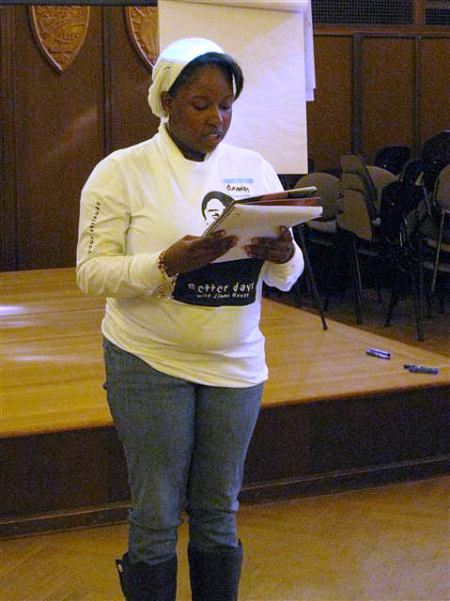 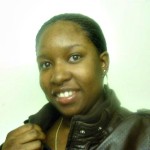 AHO Youth Ambassador – My story. Where do I begin? I was born on December 2nd, 1985. My mother raised me and my brother until I was 8 years old, and my brother was 6. My youngest brother was still a baby. My mom would have us walking the streets late at night asking people for money to support her addiction. My brother and I moved away because my mother’s boyfriend and his son would beat us. When we moved away I felt so bad because we had to leave my baby brother behind. I moved in with my father who raised me until I was 18. Growing up I had very low self- esteem because I had big breasts and all my friends hadn’t developed them yet, so the boys use to tease me. When I was in the 8th grade I almost did not graduate because of a lot of false accusations; the rumor around the school was that I was selling drugs on campus, in a gang and was just stupid.

Through the grace of GOD all I had to do was past an equivalency test to be able to graduate and I did. I even got an award for being one of the top ten with a high GPA. Once I began high school my self-esteem had gotten a little better. I still hated my breasts but got used to them. I loved my ninth grade year. My best friend and I had everyone in school thinking we were gang members because that had gotten “cool looking” by then. Eventually we grew out of that phase and became young ladies. When I graduated from high school my daddy and his fiancé moved and left the apartment we were in to me. I got kicked out of this apartment because my ex-boyfriend had a lot of people in and out of the apartment that caused to much attention. I then moved in with my mother and by this time she had gotten rid of her abusive boyfriend, but had a baby girl by him.

At age 18, I turned into a wild child. I didn’t have any responsibilities. I was always running the streets. I always wanted a baby of my own because I didn’t feel love from my parents. I just wanted someone to love me and need me. I met my son’s father at a fish market. We started talking on the phone and were together for a year and a half before I got pregnant with my son. I didn’t like the way he treated me when I got pregnant and we used to fight all the time. I ended up in the hospital almost every other week. This physical and emotional abuse could have been the end of my son’s life because of all the fighting, crying and stressing. I couldn’t eat or sleep I was always so upset.

So I left and moved in with my father again and his new family. My father made me feel very uncomfortable by saying I should get an abortion. I cried and cried because I didn’t even have the love and support from my own parents. God told me Brandy the only person that needs and depends on you is this angel growing inside of you. From that moment I knew I needed to get myself together. I tried to give my baby’s father another chance. I got an apartment for us and all we had to do was pay 10 dollars for the application. I told him if we don’t get that application the next morning I’m leaving. The morning the application was due we had a huge fight about him not having the money. That was the last time I saw him.

I came to Marin City to start all over. This time I moved in with my aunt because she told me I could. I lived with her for about a month, and she started telling her friends that once my baby was born that she was going to put us in her garage. She told me that the food I bought was for everybody, but I couldn’t share in the food they had. When I went in labor with my son I was so happy. I then moved in with my grandmother because she had an extra room. She started treating me badly too. When my son was a month old, I moved into a shelter. I decided I wanted to go back to school and work. This is when I found AHO and with this love, support and help I completed more school courses, found my own apartment and bought my own car. I thank Lord all the time because he kept his eyes on me. I’m proud of the way that things have turned out for me, but my journey is far from over. I’m going to keep moving forward, but I learned not to look back. [Return to Youth Stories]