“Then when I hit my twenty-third birthday, I had a strange awakening to get my life on track.” 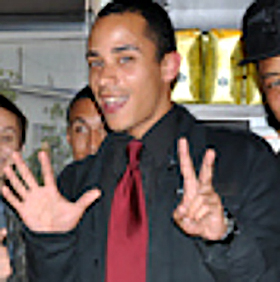 `
I am now in stable housing paying rent, working, and going to College of Marin, and an active member of the AHO Youth Task Force team. 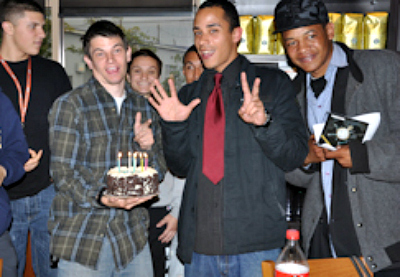 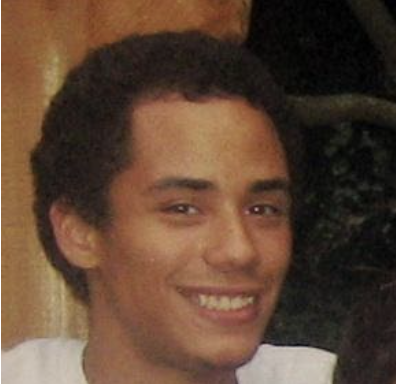 Johnie Cleveland Hickman, age 23, was homeless for 3 years. He is now in stable housing paying rent, working, and going to College of Marin, and an active member of the AHO Youth Task Force team. This is Johnnie’s story in his own words.

The history of my life starts off at where I was born, which was in the city of San Francisco on June 4th, 1986. From there me, my mother and father moved to some low-income housing in Marin City. My mom and dad were never married and were also into heavy drugs.

Eventually, my dad disappeared from the picture and me and mom were constantly moving around to different towns in Marin County. About when I was four years old, I started to develop my drawing talent making stories and comics and random things I pulled from my imagination. The earliest school I remember attending was CreekSide and Gallinas elementary school then Davidson Middle.

When I was growing up I had thought nothing of my mother leaving me, she said, “I was a very adaptive child that didn’t ask any questions until later on “she told me. But even though I never asked where she was, I still wondered. “My art and music kept me company and independent,” she said. I knew bits and pieces of the story of me and my mom going to rehab but now she tells it all from her side. Hers is a lot different from mine because I was young and don’t remember much. But it all started when my mother started getting into heavy drugs like cocaine, Crystal Meth, and alcohol. Eventually, child protective services were called, and I was taken to a place in Novato to live. My mom had to attend rehab and A.A. meetings so she could see me again and avoid jail. From there I was put in a large adoption house in Novato with the Mason family. I was there for two years, and she would visit every once and a while.

Because of my mom’s drug problems, I was put in and out of different homes for kids in the same situation. When she was able to get her life together, I moved back in with her and I met my new brother. When it was time for me to attend high school the first place I landed was Terra Linda. I went for about three years ignoring all homework and never studying. I would always ditch class to go hang out with my friends and because of all this was held back. Me and my
family moved around a lot, so I went to a few other high schools all over Marin.

In chronological order the next places I went to were Tamalpais H.S., San Rafael H.S., and Drake H.S. After Drake, I just dropped out and never finished. When I turned twenty, I was not getting along with my family at the time, so I moved out and took my car to go make it on my own. I ended up being homeless for about three years living in my car or at friends’ houses just getting by. I eventually moved to San Francisco lived there for about a year and a half working lame jobs and attending the city’s community college with no direction in where I was going with my life. I attempted many times to get my GED but always failed by a few points in the math section of the test. Still into my bad academic habits, I had a hard time studying. I met many kinds of people and learned things in my own way but ended up dropping out of that school too. I started getting into making music and performing around different spots in the Bay Area. I studied the bass guitar, drums and spoken word music. After about a year and a half in the City, I moved back to Marin hungry and homesick. I started couch surfing at my buddy’s house. Then when I hit my twenty-third birthday, I had a strange awakening to get my life on track. Then I found the Youth Connect that Ambassadors of Hope and Opportunity had at the MYC youth center in San Rafael. It was just what I needed. I got help with housing, jobs, dental, legal, scholarships, haircuts, and more. I received that in one day. AHO and my host at the Connect continue to help me succeed. I am giving back to them as a member of the youth task force team. I studied for the GED and passed it two weeks later. And that’s my life in a nutshell.