“AHO’s is really like the family I never had.” 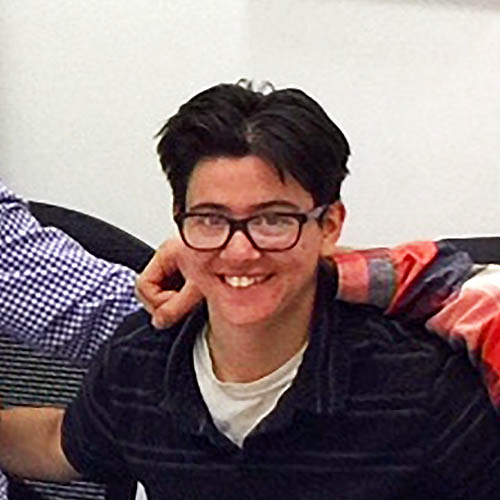 “From the moment I called, AHO believed in me.”

My name is Juliana and I was born and raised in Marin. At age 20, after leaving an abusive relationship, I was living in an abandoned car, and under the 101 freeway at the Novato Roland exit. I was in a lot of pain, having panic attacks, and feeling hopeless, afraid and defeated. Calling AHO 6 years ago, totally changed my life. AHO is really like the family I never had.

From the moment I called, AHO believed in me. Like a crisis triage team, AHO connected me with immediate help. I was met at a café the same day I called, and received everything I needed to begin moving forward: housing support, a cell phone and a job. I asked for leadership opportunities too, and joined the AHO’s Youth Leadership Team, and soon became the Team Leader.

As an AHO youth, I received the encouragement and support I needed to feel safe enough to ‘come out’ to my peers. I became a Deacon in my church, completed my BA degree, and began speaking in schools and the community to share my story. I led AHO’s Youth Leadership team in creating youth–led projects to bring awareness about how early childhood and family abuse leads to youth homelessness. This is especially true with LGBTQ youth, of which an estimated 40% are homeless. Although I have moved from Marin 3,000 miles away to Pennsylvania, I continue to refer youth to AHO. My future plans include applying to the Police Academy to work as a chaplain with homeless youth like I once was.