“It’s been a bumpy journey, but it’s getting smoother as I grow and learn.”

Listen to Marquayus in His Own Words 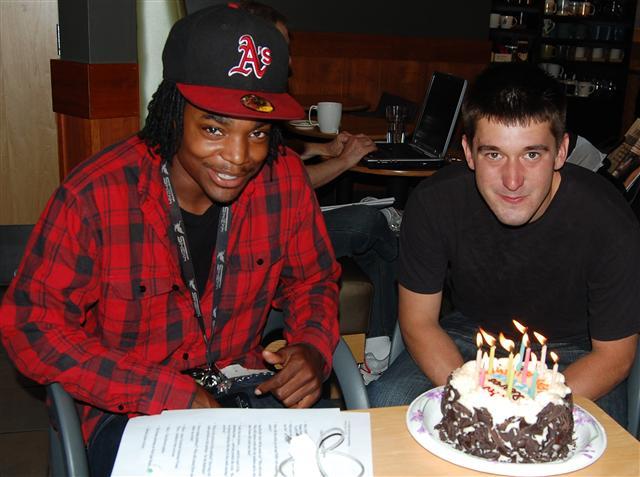 “My personal goals are to become financially independent and have a self-sustaining organic farm to raise animals and produce.” 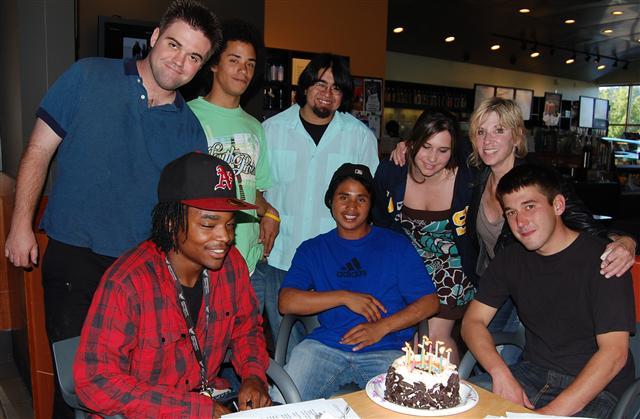 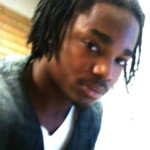 AHO Youth Ambassador – Born June 21,1989 in a San Francisco hospital. I was taken from my mother not too long after birth due to her struggles with drugs. My father was in prison for a good amount of my childhood. My father and I have an ok relationship now.  He has always been in and out of my life even up to this day. When I was taken from my Mom I lived with 5 different relatives before age 3. I eventually ended up with my great aunt who raised me from 3 to 16. It didn’t bother me much that I wasn’t raised by my parents because it was all I knew. I did not find out the importance of having your mother and father in your life until I got older. I had to teach myself the life lessons that parents are suppose to enlighten you about. Life living with my aunt was not the worst experience but it was not pleasant. I felt like a stepchild because my aunt treated the foster kids she cared for with more respect then she gave me, her own blood. I know my aunt dislikes my father for a reason that she will not tell me. I think she holds the same grudge that she held against my father against me. I have contact with both my parents but it’s a pretty awkward situation when I call my mom on holidays and things like that. My father and I have a little bit better of a relationship than I do with my mom.

I started school at Stonehurst Elementary in Oakland because that is where my great aunt lived. We moved to Vallejo a little after my 8th birthday. There I finished elementary school at Wardlaw went on to middle school at Springstown Junior High. Junior high school was a time that I got in the most trouble and had a lot of fights. At that time, I had a bit of a temper. I was one of the smallest guys on campus but that didn’t seem to make a difference to me, I was angry.  I ended up not being able to walk the stage to receive my certificate of Junior High completion because of a fight I had 2 or 3 months prior to it. Because of that fight, I was put on probation and was required to take an anger management course which I have to say helped me.  It helped me to think before taking action. I make much smarter moves now.

I went to high school in Vallejo where I participated in football, basketball and track and field. At age 16, I moved out of my great aunts house late in my junior year.  I went from place to place living on sofas, trying to find a safe place to sleep every night.  I went from friends house to friends house to cousins house throughout that whole summer. In spite of all that moving around without a stable place to live, I had a summer job at Six Flags Marine World that I held onto until the season was over and school started back.

As my senior year approached, the Mom of a friend of mine since elementary school (who was also a PE teacher and former track coach) asked me what I planned to do to about my situation. When I told her I was not sure, she offered me a place in her home so I could finish out the school year with her son who was a pretty good friend of mine. I appreciated what she did for me because I wanted to finish my senior at the same school I started at as a freshman. I understood that my friend’s mom could not and would not financially support me so it was a tough school year because of the lack of support. We agreed that she would not be financially responsible for me. The deal was a place to lay my head, store my things. Anything else I needed was on me. She still helped me out when all my friends were going out. She would give me enough to get in to the event which was really nice of her because I did not expect her to. When March 2007 came, I guess it became too much for her so she asked me to leave. Because of this situation, I did not finish at the school I had attended for nearly all 4 years. Three months before graduation I had to move to Sacramento to live with my Grandma because it didn’t work out at my friend’s house.

I didn’t stay long in Sacto and when I was back in Marin, I was fortunate to find AHO through one of the youth on the Youth Team. AHO support is unconditional, comprehensive and ongoing and I was helped with the kind of emotional and resource support I never had in my life. Through AHO, I have had opportunities to also use my talents and give back through the AHO Youth Team’s projects including the Youth Homelessness to Hope Singing Tree mural project. I am a Father now, and a musician. I am working hard to create a better life for my son through what I learned at my time with AHO.

I finished my senior year at C.K McClatchy high school in Sacramento where I knew not a soul. After I got my diploma I moved back to Oakland and lived there for a little over a year.  I had my own place, did my music, while looking for work which was even more difficult to find than it is these days. I maintained somehow and did what I had to in order to survive being on my own. I moved out of Oakland after being robbed and hit in the head with a pistol ……Yeah, it’s sick right? I lost my piece of mind again after that happened. I moved back to Sacramento for a few months then to Vallejo where I met a woman and ended up living with her and her family. We moved to Novato, I started school at College of Marin and I got a job at Safeway. The relationship lasted about 8 months and I left because it was too stressful and not the ideal relationship that I hoped for. I bought a car with my savings. It turned out that that car ended up being my safe place to live. For a while I was living friends houses again, only these were new friends. I even slept in the parking lot of my job so that I could get to work on time. I spent some nights at my great aunts house in Vallejo but I hated going back there not only because of the commute I had to make from Vallejo to College of Marin in Kentfield, but because of how my great aunt had treated me my entire time living with her. I always felt disrespected by her which was why I left at 16 in the first place. Somehow I ended up back there but never for more than a night at a time, it was all I could stand. On the nights that I didn’t have the gas or energy to drive to Vallejo I spent in my car behind my tinted windows. I kept a blanket pillow and all my clothes in the trunk of my car, taking showers at a different friends house every night or so and that’s how I survived the winter of 2010.

More than halfway through the 2010 spring semester at College of Marin I found a place to live and now I share an apartment with my best friend. I finished my spring semester and I’m getting ready for school to start back up. My GPA of last semester was a 3.0. I’m waiting for this semester’s grades to come out. Music and film are my passion so I’m on my way to getting AA in Communications. I’m learning filming techniques and editing at College of Marin. I have done my research, and plan to move on to Full Sail University, which is an entertainment art school in Florida. It’s a great school. I will take on the film program as well as the music business program. I plan to take out loans to pay for it and I figure I can pay it back easily with the money I can make in these two industries. That’s my life in a nutshell as pretty as I could paint it. It’s been a bumpy journey, but it’s getting smoother as I grow and learn. I practice positive thinking by telling myself “I will be successful” 3 times everyday.  I believe by doing this, things are more likely to go my way. [Return to Youth Stories]